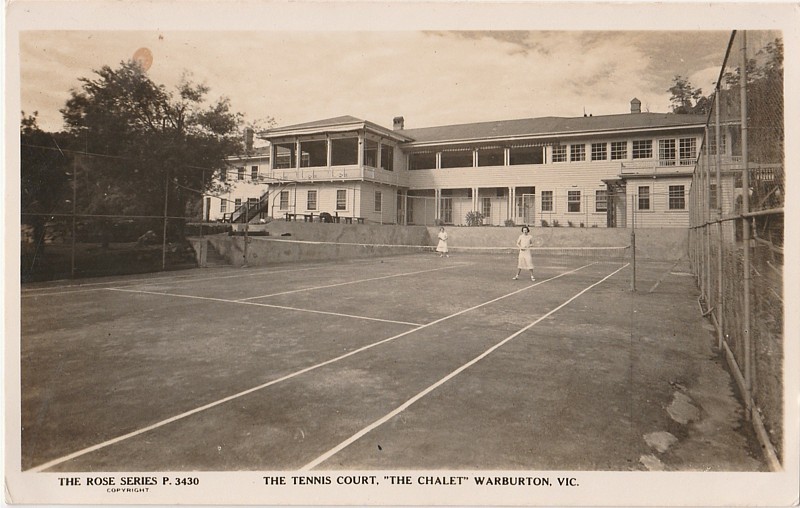 The Chalet circa 1942. [These] were sent to my mother during WW2,by my father. Apparently The Chalet was used by the Military as a convalescent facility for the RAAF. My father was recovering from malaria there,contracted while on active service in New Guinea. The postcards are from the Rose Series Deluxe - published by The Rose Stereograph Co.,Armadale,Victoria;same as Mr Paske's. Seems the same cards were in use for years! I wonder if more postcards could be tracked down from the serial numbers on the cards? Supplied to WarburtonInfo.com via email 13 November 2016, by individual who wishes to remain anonymous. (WarburtonInfo editor - welcome further postcards we can upload here and share the local history).