History of the Warburton Squiggle design.

Did you know in 2012 Paul and Visnja created the 'Warburton Squiggle' (as we called it) now used about town?

Paul applied his marketing skills together with Visnja's art skills. Paul wanted to create an identifiable marketing graphic for Warburton, to use initially on the WarburtonInfo.com website, and then on marketing materials like pens and brochures.

The Warburton Squiggle was born.

The Warburton Squiggle was an attempt to represent the mountains, and the river, but like a song it can mean different things to different people.

After we uploaded it onto WarburtonInfo.com and started networking it around town, people started asking to use it. At that time, there was no regional tourism or council involvement with promoting Warburton. The valley was on its own.

Paul and Visnja remain really pleased to have created and expressly gifted to anyone in Warburton the ‘squiggly’ Warburton Valley logo now used by many, and for example is featured at the Waterwheel by different local organisations.

It is so great to know that the Warburton Squiggle lives on, and we hope that for those of you who didn't know the story, you now do

2011-2012 pre-development sketches, trials, colours, discussions with local tourism and adoption by the community leaders, and workings towards new promotional items all digitally recorded by Paul and Vish. Please enjoy the Warburton Squiggle. 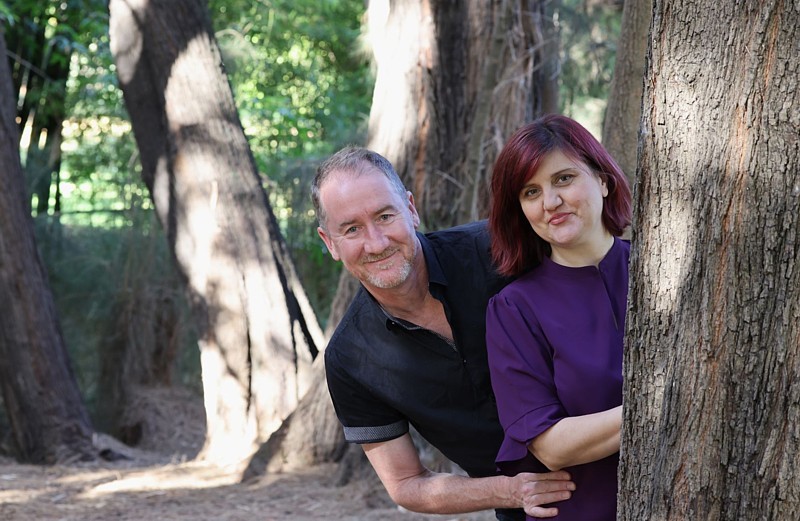